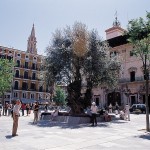 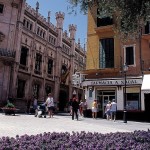 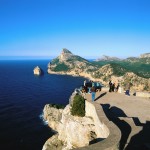 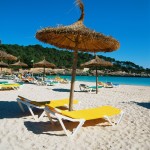 The city of Palma is a fitting capital, not only of Mallorca, but also of the Balearic islands. Set in the beautiful bay of Palma, famous for its stunning sunsets, the city’s most imposing site is the huge 13th century cathedral. This beautiful building is close to the 10th century Arab baths- and the gateway to the city’s old quarter of narrow winding streets and ornate squares where orange and olive trees give shade to the many charming street cafés.

Part of Palma’s charm is that it is also a very developed society. Its population of just over 300,000 is among the most diverse to be found in Spain. The Mallorcans themselves are descendents from a mix that includes Spanish, Arabs and Carthaginians, and today they share their island with people from all over Spain and Europe, as well as with a substantial population of South American and African migrants. There is a lively arts scene and a nightlife to suit any taste. There is a large sailing community and the sailing year culminates every summer when the city hosts the Copa del Rey yachting competition.

Palma is historical and liberal, Spanish and cosmopolitan, nearly always sunny and always addictive. Wherever you are from, it will give you a warm welcome and we are certain you’ll love it.

The island of Mallorca:

Most people know that Mallorca is the most popular tourist destination in Europe. It is also arguably the most beautiful island in the Mediterranean, largely because of the stunning variety of its scenery, the warm hospitality of the islanders and the richness of its food and drink. There are two main resorts for people who are looking for only sun, sand and nightclubs, and then there is the rest of the island-so carefully protected against over-development by the proud Mallorcans that stars like Michael Douglas and Claudia Schiffer choose to holiday here.

Visitors today can benefit from the same inspiring beauty and tranquility that so impressed the composer Chopin, the poet Robert Graves and others before and after them. A drive from one side of the island to the other can take less than two hours, but in that time the visitor can stop to gaze out towards the sea from awe inspiring rugged cliff tops, cross the spectacular Tramuntana mountain range, or leave the car to hike to pristine sandy beaches only accessible by foot.